By the time Stephen Leach and his family bought Seton Castle in East Lothian, Scotland in 2007, the property was at the tail end of nearly 800 years of aristocratic occupancy.

Originally the site of Seton Palace, the Renaissance structure played host to Mary Queen of Scots, who reportedly played golf on the palace grounds. But after the Jacobite rebellion, the building fell into disrepair. In the late 18th century, Alexander MacKenzie bought the property and hired the famous architect Robert Adam to build a new mansion. To do so, the palace was razed and its stones were repurposed in Adam’s new house. 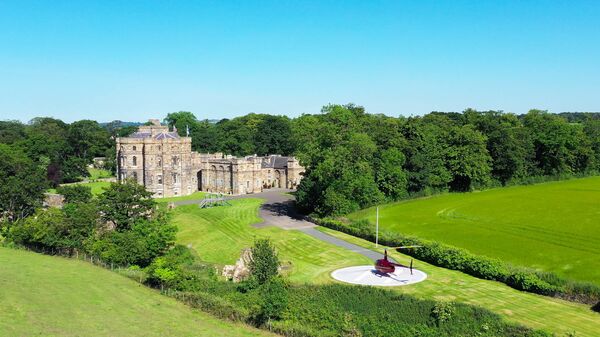 Mackenzie died a few years after it was completed, at which point the “castle,” set directly on the palace’s site, was acquired by the noble Wemyss family, which then held onto it for more than two centuries. It was sold in 2003 to a developer who updated the property and put it back on the market.

When Leach moved in, he and his family were able to occupy a home built with stones that had been cut at the same time Dante was writing the Divine Comedy.
“We were looking for something of substance,” says Leach, a tech entrepreneur  who started a series of companies with his wife Heather. “But before we bought it, if you told my wife or myself that we were going to own a castle, it’s pretty unlikely that we would have agreed with you.” After touring the house, “we fell in love with the place,” Leach says, and bought it for a reported  £5 million (then about $10 million). 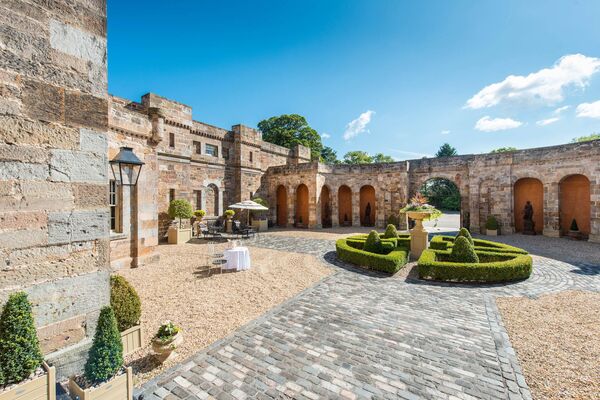 Twelve years later, the family has put it on the market for £8 million ($9.7 million), listining it with Savills. “We’re spending less and less time there,” Leach says. “It’s time to move on.”

Because the house had stayed with the same owners since its construction, it was still something of a time capsule when Leach purchased it.

“We’re very lucky that the building was in the same family for 200 years,” he says. “It really has been unmolested. 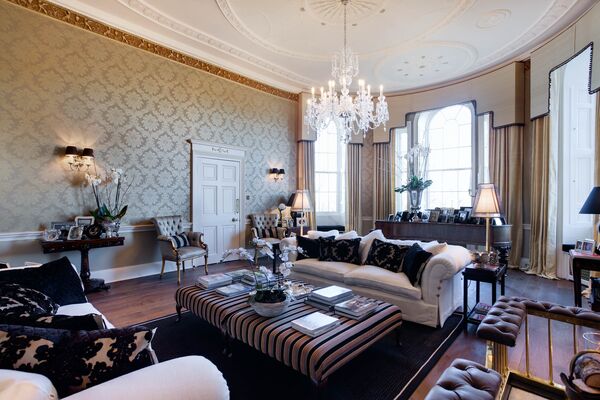 Adam, an architect credited with bringing neoclassicism to English country houses, designed the house inside and out, and many of his decorative elements are still in place.

In the dining room, for instance, are still centuries-old silk wall coverings. All of the fireplaces are Adam originals which, due to their value, is highly unusual, Leach says. “When you have a fireplace that’s worth more than the average two-bedroom flat, it’s difficult to justify having them in your living room. So that’s a credit to the previous owners.”

The doors are also original, as are the 18th century leaded glass window panes.

Nevertheless, after buying the home, Leach began a low-impact series of subtle renovations. He added a security system, wired the home for high-speed internet, changed the heating system, and restored plaster ornamentation.

“When we first purchased the property, we got a couple of very good stonemasons that were used to working with historic buildings,” Leach says. “They worked full-time for us for three years. We didn’t quite appreciate how much effort was going to be involved.”

The result of those efforts is a nearly pristine, 18,196-square-foot mansion with seven bedrooms. (Three separate dwellings, including two stand-alone cottages, bring the property’s bedroom count to 13.) 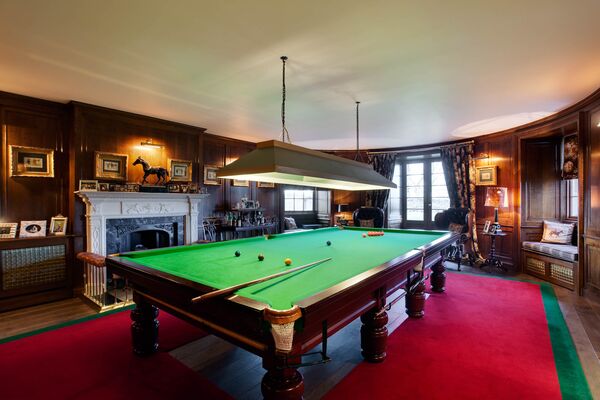 Even though the house is designed to look like an old Scottish castle, “internally, it looks like a stately home,” Leach says. “It’s very sumptuous, and it’s very spacious.”

Visitors enter through a large, enclosed courtyard, which is flanked by two wings. The majority of entertaining rooms are in the main building; the dining, drawing, and morning rooms occupy most of the ground floor. The east wing has stables, a bar decorated to look like a traditional pub, a cinema room, and a three-bedroom detached apartment; the west wing, in turn, has an additional three bedrooms, a gym, and living areas.

There’s also something Leach calls a “hideaway,” where “if you go up a very small staircase, you’ll find yourself in a discreet little double bedroom with an en-suite bath and skylight,” he says. “You can see the stars.”

The house itself has a substantial footprint. “I think we were probably in the property for a month before we discovered an additional room we didn’t know we had,” Leach says. Because the house is divided into wings, “we like that we could close down a wing if there was no use for it.”

For such a large house, the size of its land— 13.5 acres— is comparatively modest, which Leach says was another major selling point. “We weren’t interested in a 500-acre estate that required an army to manage,” he says. “We didn’t want to deal with that, but we did want enough land and grounds to have a security threshold around us, and so 13 acres was perfect.”

The house is surrounded by fields, paddocks, lawns, and gardens. It has views that stretch to Edinburgh, which is about a 20-minute drive away. There’s also a small village called Longniddry  a mile away.

Two of Leach’s four children have moved out of the house, and the others spend more time in Edinburgh, where the family has a townhouse. As a consequence, he says, “the time we’ve been spending in the castle is less and less.” They have other houses around the world, he says, “and there’s only so many places you can be.”
Tags:
Previous Article
Rihanna’s Louis Vuitton Trunk Obsession Is Limited To Artists Only
Next Article
The rise and fall of Halston, the man who redefined American fashion