The rise and fall of Halston, the man who redefined American fashion 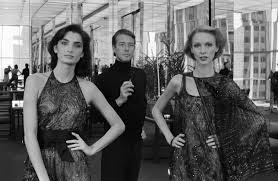