This week’s impressionist, modern and contemporary art auctions in New York are estimated to sell at least $2.3 billion (£1.8 billion) of art, which, if you add the buyer’s premium, will amount to nearer $2.65 billion, close to the record $2.74 billion for the series set in May 2015. If things go better than expected, we could see a new high.

The American economy is strong, and the world’s super rich are getting richer, but there is a question mark hanging over China. This will concern the impressionist departments, where the Chinese have been most active. These sales are already under way and, although an Asian bidder bought the top lot at Christie’s, a Monet, for $31.8 million (£24.7 million), it was below estimate. A Van Gogh landscape failed to sell at $30 million. 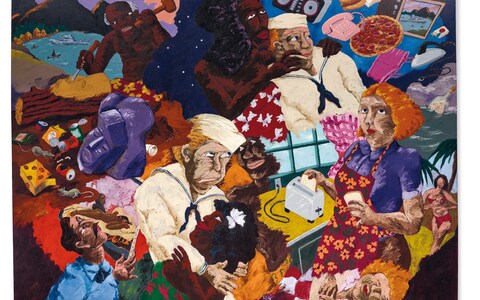 Sotheby’s has strong central European content and expects a record price of up to $20 million for an early portrait by Oskar Kokoschka, the Austrian expressionist, that was confiscated by the Nazis from Alfred Flechtheim, the Jewish art dealer, and was returned to his heirs only this year.

That portrait could be the beginning of a flood of record prices. The other ace in the Sotheby’s pack this week is a Twenties abstract painting by Marsden Hartley, an American modernist, that carries a record-busting $30 million estimate. It will sell because it is guaranteed; in fact, some 62 per cent of the value of the Sotheby’s auction is guaranteed, demonstrating just how much effort it put into persuading owners to sell with it rather than another auction house.

Christie’s also plays the American modernist card, with $260 million worth of mostly early and mid-20th century American art from the collection of Barney Ebsworth, the late luxury travel entrepreneur, all of which is guaranteed. Virtually every lot in this evening sale is estimated in record territory, led by Edward Hopper’s 1929 Chop Suey, with an eye-popping $70-100 million estimate.

Some of the highest estimates ever seen for the artists are also placed on a Richard Diebenkorn painting owned by the late actress Mary Tyler Moore; a tall, jangly sculpture by David Smith, the abstract expressionist; and a painting by Helen Frankenthaler.

Standing out by a mile, though, is the $80-100 million placed on David Hockney’s Portrait of an Artist (Pool with Two Figures), 1972, – a portrait of his then lover, Peter Schlesinger, standing by a pool looking at a male underwater swimmer. The iconic image featured on the cover of the catalogue of Hockney’s 2017 retrospective at Tate Britain, which attracted a record 478,082 visitors before it toured America. 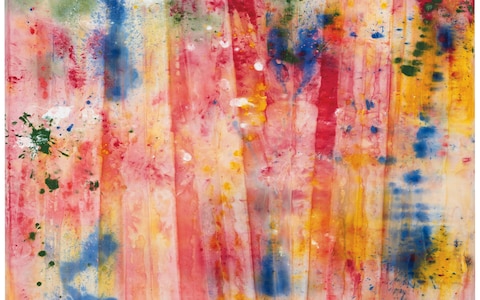 The Hockney market is on the move. The number of Hockney paintings at auction has risen from eight in 2016 to 19 already this year, with a further six this week. Meanwhile, his record price has gone from $7.9 million in 2009, to $11.7 million in 2016, to $28.4 million this spring. The focus is as much on his later work as the more famous work of the Sixties and Seventies.

Owned by Joe Lewis, the British investor, art collector and Tottenham Hotspur Football Club owner, the painting comes with no safety net guarantee and even no reserve. Apparently, offers to guarantee it have been turned down. So it would appear that Lewis is confident enough that the painting will sell well, and smart enough not to share the proceeds, as he might if there was a guarantor.

The art of caddying: What makes a good golfing companion?
HighLifeChannel Aug 19

The art of caddying: What makes a good golfing companion?