The Open: Return to Northern Ireland ‘beyond realms of possibility’

Not so long ago the notion of staging a huge sporting event such as the Open Championship in a land infamous for bloodshed and violence was unthinkable.

“It was beyond the realms of possibility. It was just never going to happen,” said Northern Ireland golfer Darren Clarke, a Portrush resident and Open champion in 2011.
“Portrush had always been on the R&A’s radar as a wonderful golf course,” said Peter Dawson, the former chief executive of the R&A, the Open organizer.
“Time went by and for all sorts of obvious reasons, it was difficult to bring big events to Northern Ireland.”
But the peace that has existed across the province since the Good Friday Agreement in 1998 shifted thoughts back to staging the world’s oldest major for the first time since 1951.
Now, 68 years later, Royal Portrush on Northern Ireland’s north coast is back on the tournament’s rotation of 10 courses in England and Scotland and is set to host the 148th Open Championship, which starts Thursday.
The peace accord, and the staging of the 2012 Irish Open, which attracted 130,000 visitors to the club, opened the R&A’s eyes to the possibilities of staging the Open in Northern Ireland.
It also added to the growing reputation of Northern Irish golf, fueled by the major-winning exploits of its most famous sons Clarke, Rory McIlroy and Graeme McDowell, as well as the twin Open titles won by Ireland’s Padraig Harrington in 2007 and 2008.
Portrush’s own McDowell opened the floodgates with victory in the US Open in 2010, before McIlroy, from Holywood near Belfast, won the 2011 US Open and Clarke clinched the Claret Jug the same summer. McIlroy went on to add the Open in 2014 and two PGA Championships.
All three helped nudge the R&A and will all be the center of fevered attention this week, with world No.3 McIlroy among the favorites to win golf’s final major of the season.
Former European Ryder Cup captain Clarke, who narrowly escaped being caught up in a terrorist bombing as a youngster, has been honored with hitting the opening tee shot Thursday.
“Northern Ireland over the last 70 years is not really somewhere to be proud of,” said McDowell, who was a member of the town’s Rathmore Golf Club growing up, and used to sneak onto Royal Portrush’s celebrated Dunluce links with his brother Gary, now a greenskeeper on the course.
“But for the first time in my life it may be something that I am very, very patriotic about.”
He added: “The buzz has been amazing. I didn’t expect the buzz from fans and how genuinely happy and proud and excited they are to have this great golf tournament in this part of the world.”
When Dawson and his R&A colleagues met with the Northern Ireland Executive in 2014, negotiations were “quite short,” according to the former chief executive of the R&A.
The announcement that Royal Portrush would host the Open was made the following year. It built on the considerable and complicated groundwork of multiple agencies across the province — not least by the club and long-time secretary-manager Wilma Erskine and her team.
“Having the Open back in this country is massive,” said McIlroy. “It speaks volumes for where the country and where the people that live here are now. That’s a wonderful thing.”
During the “Troubles,” Erskine says Royal Portrush received very few overseas visitors.
Today, with the Open at its door and ranked seventh in Golf Digest’s list of the world’s top courses, it has a turnover of $4.9 million and is on the bucket list of every golfing tourist, Erskine told a BBC documentary “Road to the Open.” 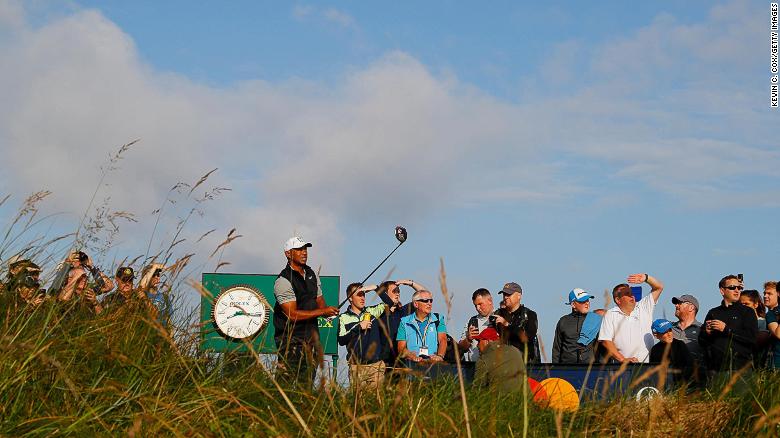 Tags:
Previous Article
Zendaya & Tommy Hilfiger Are Taking Over Harlem’s Apollo Theatre For A Show Inspired By Musical Legends
Next Article
5 OF EUROPE’S MOST BEAUTIFUL GARDENS