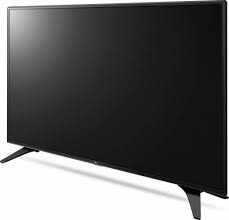 We’ve thought long and hard about whether a TV costing north of £6000 could possibly win a What Hi-Fi? Award. But that’s a petty consideration when you look at these 10 lavish televisions…

When it comes to buying a new TV, most of us will happily brace ourselves to spend as much as we can afford. Few of us, though, are likely to think anyone ever need spend much more than a few thousand.

Well, somebody somewhere obviously disagrees, because the TVs on this list make a  77in OLED look cheap.

Some are huge, some are hideous, some are merely ridiculous. But whatever you think of them, they’re some of the most expensive TVs ever made.

Feast your eyes. And when it’s time to upgrade your TV, think yourself lucky you don’t have to save up for one of these.

With a 28kg frame made of solid 18-carat rose gold, pebble-dashed with 72 round-cut 1-carat diamonds, sunstone and amethyst, this is without doubt the Liberace of TVs (and that’s before we get to the hand-stitched alligator skin on the inner bezel).

Too pricey for you? The standard Prestige HD Supreme Edition – with a mere 48 diamonds attached to its gold frame – can be yours for just $1.5m. Bargain.

This TV stands a mammoth 370in across diagonally, which is about the same size as a football goal. Which is fitting, as you’ll need a Premiership footballer’s pay packet to afford its $1.6m price tag. It weighs a ton – literally – and has, as it should, a 4K resolution. Who needs the cinema?

It may be a little on the small side compared with the 370in behemoth mentioned previously, but this set still stands 152in across. Which, as you can see, is a lot bigger than the poor woman who’s been paid to stand next to it. It’s also one of the few TVs here to be on sale in the UK, though at £600,000 we can’t imagine there’s a rush on.

Not only does this 201in outdoor TV rise out of the ground like a zombie from its grave, it also unfolds, concertina-style. Check out the video, then tell us you don’t want it for the back garden.

Oh for the days when a 108in Full HD TV was considered cutting-edge. This one’s made for putting in shop windows and other environments where 24-hour use is needed, but has all the PC and AV connections you’d need to turn it into the heart of a home cinema system.

This set shows off its UHD resolution in 110in glory. Hidden speakers provide 120W of oomph, while its minimalist design makes it one of the few really pricey TVs that’s not absolutely hideous to look at.

Speaking of massive TVs that aren’t hideous, here’s one from Danish design demons Bang & Olufsen. The 103in set came out in 2009, featured an automatic rising stand and cost an absolute bomb. Well, it’s not like there was a world economic crash happening then or anything.

If the B&O and Samsung are a bit too understated for you, check out this diamond-speckled model, complete with white-gold plating. It’ll look great next to your leopard-skin Freeview box and Swarovski-spattered PS4.

A 4K picture at 105in across? Yes, please. Admittedly, you can find the same feature set on other 4K TVs that don’t require you remortgage your house, but they don’t come with mahoosive screens. And what’s the point of that?

Special mention for this 2008 Sony, which was the world’s first OLED TV. While it may look cheap compared with others on this list, it measured just 11in diagonally, meaning it cost a whopping $227 per inch. Madness.

Tags:
Previous Article
Rolls-Royce sells business
Next Article
20 of the Most Interesting Trees Around the World

10 of the best oval watches for women
HighLifeChannel Nov 07

Best winners of the Derby
HighLifeChannel May 21

The most expensive briefcases
HighLifeChannel Feb 06

10 of the best oval watches for women

Best winners of the Derby

The most expensive briefcases 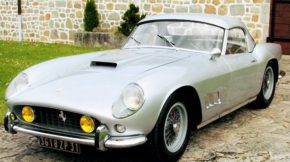 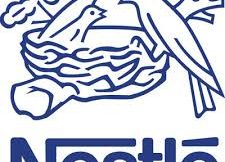 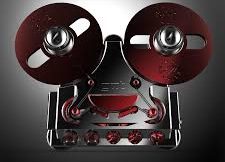 The return of the most delicate, but most considered, kind of audio
Technology 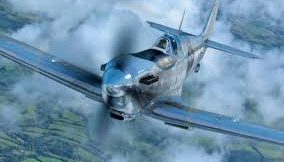 Spitfire around the world
Technology 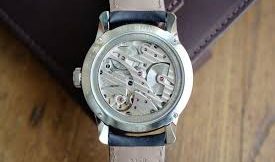 A New Watch Made From Pieces of the Concorde Jet
Technology 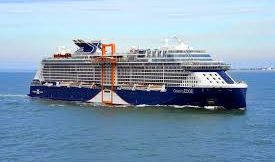 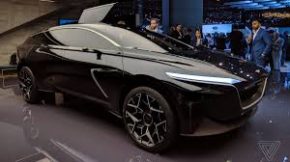 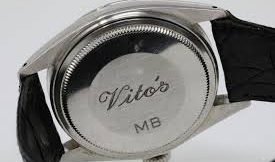 Marlon Brando’s Godfather-Engraved Rolex Is Up for Auction
Event 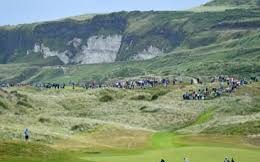 The Open: Return to Northern Ireland ‘beyond realms of possibility’
Sport 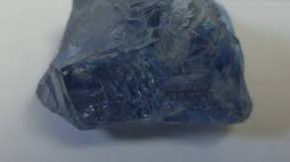 Big Blue Diamond Found by Struggling Petra at Flagship Mine
Event, Technology
©Highlifechannel ™ 2020
We use cookies to ensure that we give you the best experience on our website. If you continue to use this site we will assume that you are happy with it.Ok