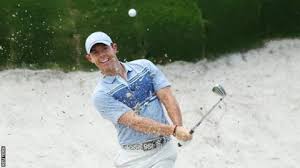 Rory McIlroy is golf’s top ambassador at just the time it most needs one.

Not only is he the sport’s best player, he has fast become a lead character and is a figure of ever growing influence.

The 31-year-old from Northern Ireland was the force behind the return of televised golf last Sunday with the TaylorMade Driving Relief event at Seminole in Florida in aid of Covid-19 charities.

McIlroy hit the fwinning shot  in a tie-breaking nearest-the-pin competition, but that was a side issue. He called it an “awesome day” and added: “All of us were out here for a great cause.

“It was nice to get back on the golf course and get back to some sort of normalcy.”

During a patchy event, the world number one’s personality shone through much more than American team-mate Dustin Johnson and opponents Rickie Fowler and Matthew Wolff.

It was as though McIlroy was the golfer who most appreciated the reasons for players wearing individual microphones.

Not that his chat was particularly earth shattering, but at least he possessed an appreciation that an audience might be listening. Articulating the charitable aspect, he had the words and ease of delivery to do justice to the multi-million dollar relief project.

But not even he could completely carry a shoestring broadcast that marked professional golf’s return to the global airwaves.

With only six cameras and overhead blimp shots, no crowds and a largely unfamiliar skins format, the event often struggled to capture the imagination.

A bewilderingly lopsided interview with film star Bill Murray was amateurish and added nothing, but other aspects did make it a noteworthy occasion.

The Seminole course was a joy, even if modern driving distances seriously compromise the integrity of the stunning layout, designed by Donald Ross.

On another level, it was interesting to see male players in shorts. Would the golfing world lose much if this became a norm in the men’s game?

Players carrying their own bags was another refreshing dimension, although Johnson clearly struggled to get to grips with the apparent complexities of a double shoulder strap.

The former US Open champion also had problems containing his spitting habit and an early on course interview appeared to ride roughshod over two metre social distancing rules.

But at least we were watching some of the best players in the world. Golf is at the forefront of America’s attempts to return to some kind of sporting normality.

Donald Trump is spurring the PGA Tour return next month and it was little surprise to see the US president appear on the coverage. “We want to get sports back, we miss sports,” he told viewers.

Trump gave a typically upbeat assessment for golf, with the PGA Tour due to resume behind closed doors on 11 June, and three majors to follow with the US PGA scheduled for August, US Open in September and a November date at Augusta National.

“When you have the Masters, we want to have big crowds,” Trump told NBC. “And now, right now, that’s not what they’re planning, but you never know what happens. Things can happen very quickly.”

The president added: “We’re getting it back and it’s going to be fast.”

Despite McIlroy’s denuciation of Trump  in last week’s McKellar Golf podcast, it remains a fact that the sport remains firmly wedded to America’s commander in chief.

As a result he could also use the broadcast as a vehicle for unchallenged and blatant electioneering. This might appeal to the typically Republican US country club set but perhaps not to the wider audience golf might be trying to attract.

As a sport that can be played and covered with social distancing in place, golf currently has a real chance to shine at all levels.

Remember, this is a game that only last year felt the need to massively alter its global schedule to avoid being overshadowed by the rest of American sport.

Now, as one of the first pursuits to emerge from lockdown it can take the spotlight. But it has already been pointed out that an opportunity was wasted with last Sunday’s event.

English Solheim Cup player Mel Reid took to social media to point out: “Yet again, we show the disparity between men’s and women’s golf.

“[This] charity event should showcase ‘golf’ not just men’s golf. What an opportunity golf has let slip, once again, to represent equality.”

Reid questions whether golf is “really back” with her reasoned argument and it provides food for thought if the game is genuinely ambitious for growth and diversity.

On a global scale these are tragic times and the prospects of an individual sport are undoubtedly of secondary importance. However fallout from the pandemic creates opportunities for golf that should not be ignored.

Since the lifting of playing restrictions in England last Wednesday courses have reported brisk business. Spare tee times at many courses are as rare as a night at the pub.

There is momentum to be harnessed because this scenario follows recent figures showing a sustained enlargement of participation numbers.

According to Sports Marketing Surveys, 2019 was the second consecutive year of golfing growth in Great Britain, with 70 million rounds played on full length courses last year.

In current circumstances it is one of the few sports that can be played or watched and so there is surely opportunity for further growth.

For that to happen the game must be forward thinking, inclusive and to have heroes worth promoting. McIlroy is setting the standards in that regard. 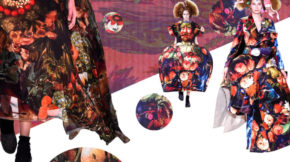 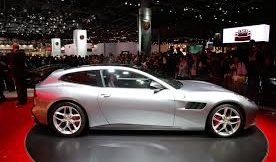 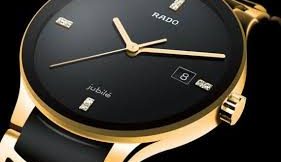 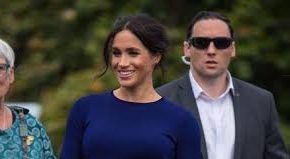 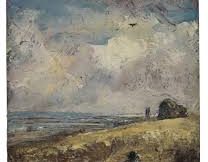 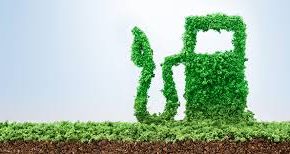 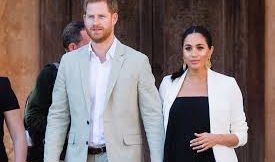 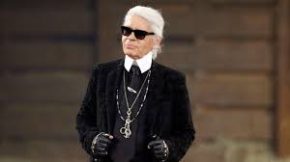 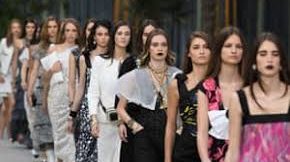 Chanel To Stage Its Cruise Show Outside Of Paris For The First Time In 3 Years
Fashion
©Highlifechannel ™ 2020
We use cookies to ensure that we give you the best experience on our website. If you continue to use this site we will assume that you are happy with it.Ok