To mark its 220th anniversary, as well as its northern roots, Boodles has enlisted Patek Philippe in the creation of a new rendering of one of the peerless watchmaker’s most sought-after models.

The Patek Philippe World Time model, with 24 time zones on the dial, has been cleverly updated to replace the ‘London’ mark with ‘Liverpool’ in the house’s signature pink, in homage to the British jewellery brand’s birthplace.

It’s rare – almost unheard of – for Patek Philippe to join forces, which makes this collector’s item all the more remarkable. A touch of Merseyside on the most beautiful of timepieces. Price on request, patek.com 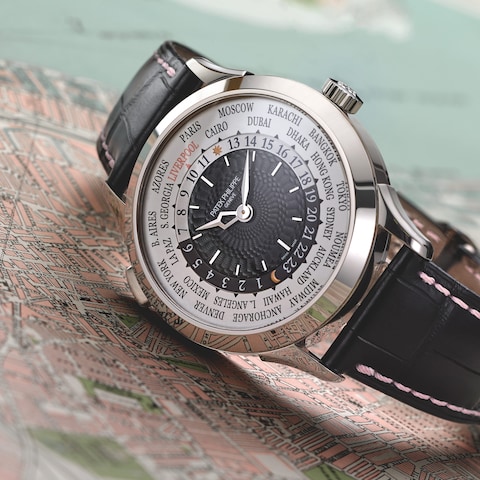 A certain Mr Lauren may have muscled into the tennis arena thanks to its collegiate connotations, but Rolex, the house founded in London in 1905, also stakes a claim on the sport, kitting out Roger Federer for a series of wins with its more sporty timepieces and sponsoring the forthcoming ATP finals at the O2, for which the world’s number one is limbering up.

You probably won’t master his stroke, but you can emulate his style to some degree with this year’s Datejust or Sky-Dweller models, both at the more dynamic end of the timepiece spectrum and tied to the gentlemanly sport of tennis.

There’s no watch brand with more claim to the cut-and-thrust of the racing world than Tag Heuer, but this autumn the house turns its attention towards diving watches with the Carbon Aquaracer.

It’s perhaps one of the brand’s sportiest creations, but not at the expense of technical accomplishment; carbon fibres are injected into resin to produce a swirling marbled surface that mimics dapples of light under the sea. Make a splash. To infinity and beyond

Even if your travel is more Interrail than intergalactic, it’ll look suitably sci-fi. 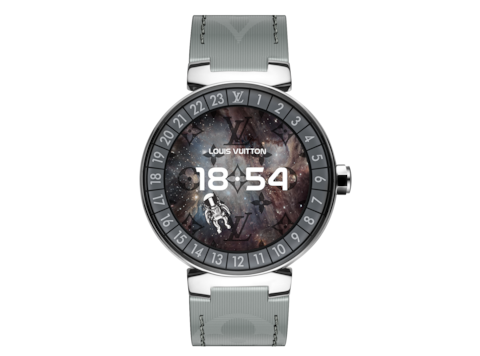