A SMART BENCH THAT RUNS ON GREEN ENERGY 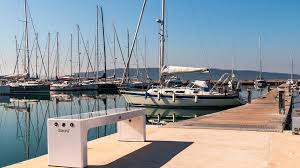 Maybe you’ve seen one in your city… an unassuming backless street bench with inset solar panels. Designed for busy urban centres, this smart bench invented in Croatia invites passers-by to not only take a rest and catch their breath but also recharge their mobile phones and devices or connect to the Internet.

Found on city streets and squares and in the parks, ports and marinas of 260 cities around the world, the Steora smart bench’s sleek and simple look is misleading. It might not look like it, but this street bench is a multitasker. It’s a charging station for mobile phones and other gadgets via the USB ports integrated into its design or the wireless charging panel. It also functions as a 4G Wi-Fi hotspot and the ambient lighting provides an atmospheric night-time glow. And best of all, this bench is powered entirely by the sun whose rays are captured through the photovoltaic panels covering the surface of the bench.

Even when it’s not being used, this is a smart bench that’s busy working 24/7 by collecting data via a series of 15 sensors. It tracks how many users it’s attracting but also reads air temperature and humidity levels. Thanks to its rain sensor, it shuts down during a downpour, and a cooling system keeps the bench cool on hot days. Upgraded versions of the bench have additional perks like built-in LCD screens which can be used for digital advertising.

This clever piece of street furniture is the invention of Ivan Mrvoš, a 23-year-old entrepreneur from Solin, Croatia who founded Include, known as “the smart bench company”, four years ago. Since then, over 1000 of his Steora benches have been shipped across the globe to 260 cities on five continents. The company’s most recent shipment included two smart benches to Chile, three to Bermuda, and very soon 72 will be on their way to France and 50 to Slovenia.

Mrvoš was included on Forbes’ 2019 list of ’30 Under 30′ in Europe under the Manufacturing & Industry category and profiled as a rising star in Deloitte’s Fast 50 Central Europe 2018 rankings.

“We started in 2015 from my room actually,” says Mrvoš. “At that point it was only me selling the first model of our benches mostly in Croatia and in nearby countries. Till the end of that year I managed to sell 27 benches with the help of my family. In 2016 the company started expanding. Our first sales and research development team were established in our temporary offices. We completely redesigned the first model of the bench and called it Steora. Today we have 30 employees and 15 partners worldwide.”

Inspired by the success of their smart bench, Include launched a new green technology product for urban spaces at the Smart City Expo World Congress in Barcelona last November. The Monna cycling point is a solar-powered street bench combined with a bicycle rack, bicycle recharging and repair station, and lighting system. This is in addition to its charging port and pad for mobile phones and other devices, and Wi-Fi hotspot and data collection functions.

Designed for urban and rural areas, electric bicycle users can plug into the Monna and recharge their bikes while taking a break and connecting to Wi-Fi or recharging their mobile gadgets. There’s also an air compressor to top up tires, and a handy toolkit for repairs.

Smart tools like these capturing the power of the sun run on a sustainable form of green energy while providing a convenience for city dwellers. With 260 cities worldwide and counting, there may be smart bench near you. 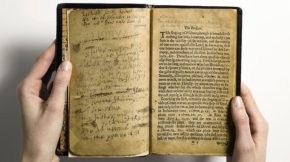 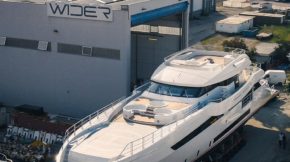 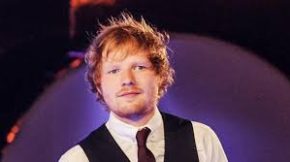 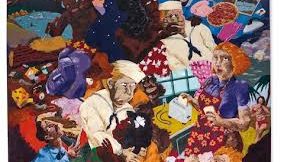 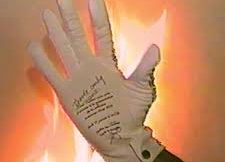 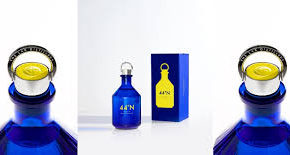 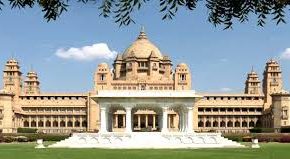 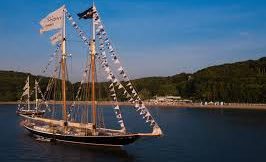 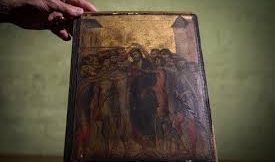 Lost Cimabue masterpiece worth more than $6M found in French woman’s kitchen
Art
©Highlifechannel ™ 2020
We use cookies to ensure that we give you the best experience on our website. If you continue to use this site we will assume that you are happy with it.Ok