The sixth largest vessel of a leading German builder Aberking&Rasmussen, the 80-metre superyacht Excellence has successfully conducted sea trials in the North Sea. The superyacht was launched in May 2019 and now is rapidly approaching her delivery to an experienced owner.

Formerly known as Project 6505, Excellence features both exteriors and interiors developed by the UK-based design studio Winch Design. Her framework relies on the same technical platform as the 81-metre Grace (ex. Kibo), featuring a 12.6- metre beam and a maximum draught of 3.5 metres.
Naturally, key exterior trademark of the vessel is her striking and angular reverse bow, offering a silhouette comparable to a spaceship. Her exterior lines draw the eye to the bridge and owner’s decks surrounded by curved floor-to-ceiling mirrored glass, blurring the distinction between the upper deck and the panoramic skylounge. 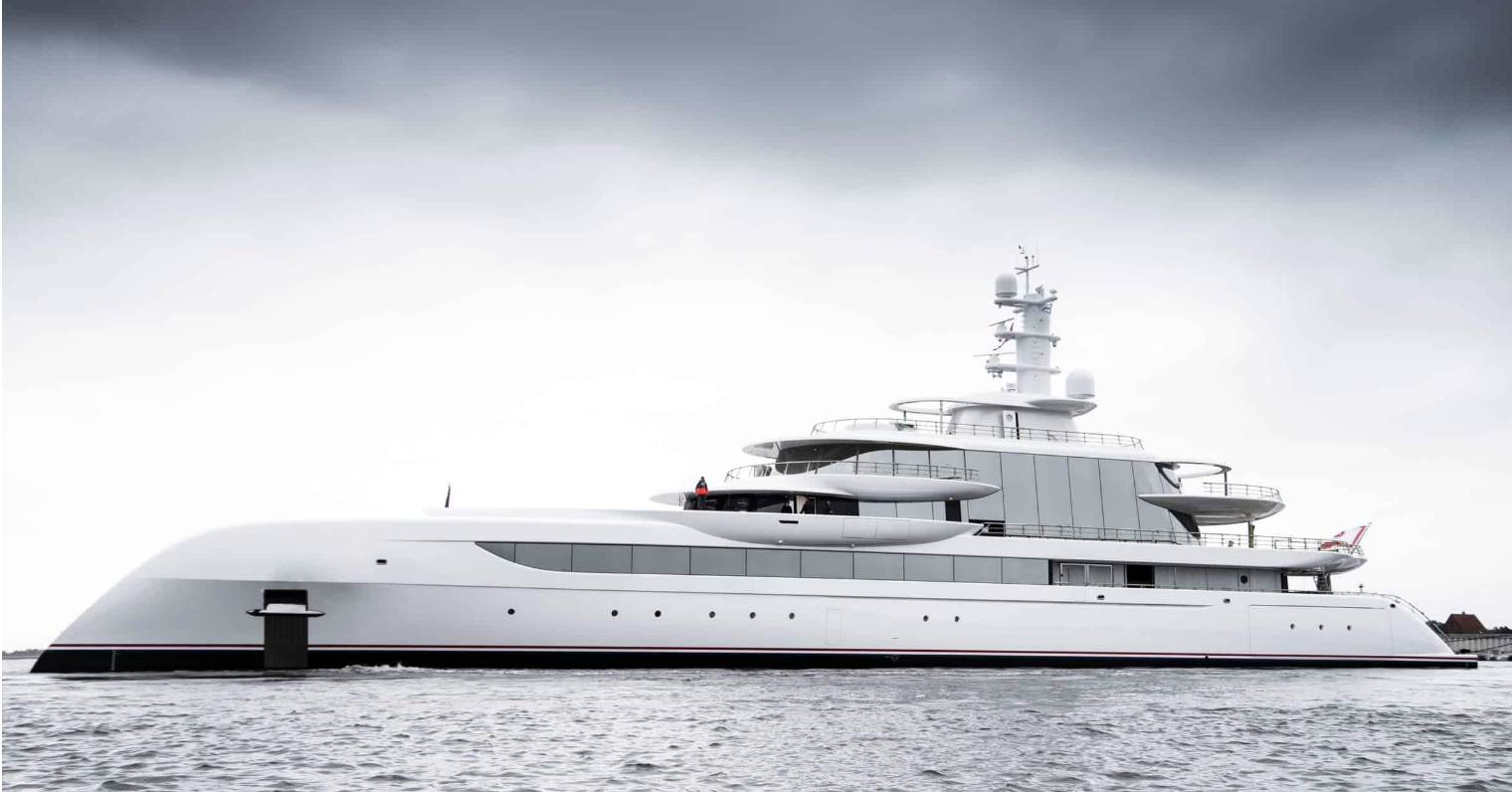 With accommodation capacity for 14 guests, Excellence offers a swimming pool and platform, as well as Jacuzzi and sprawling beach club, and a spacious water-level tender garage with impressive limousine tenders.
The vessel will now undergo final outfitting back at the yard ahead of delivery. After her maiden season in the Mediterranean, Excellence is expected to appear at the Monaco Yacht Show 2019 and at Fort Lauderdale. 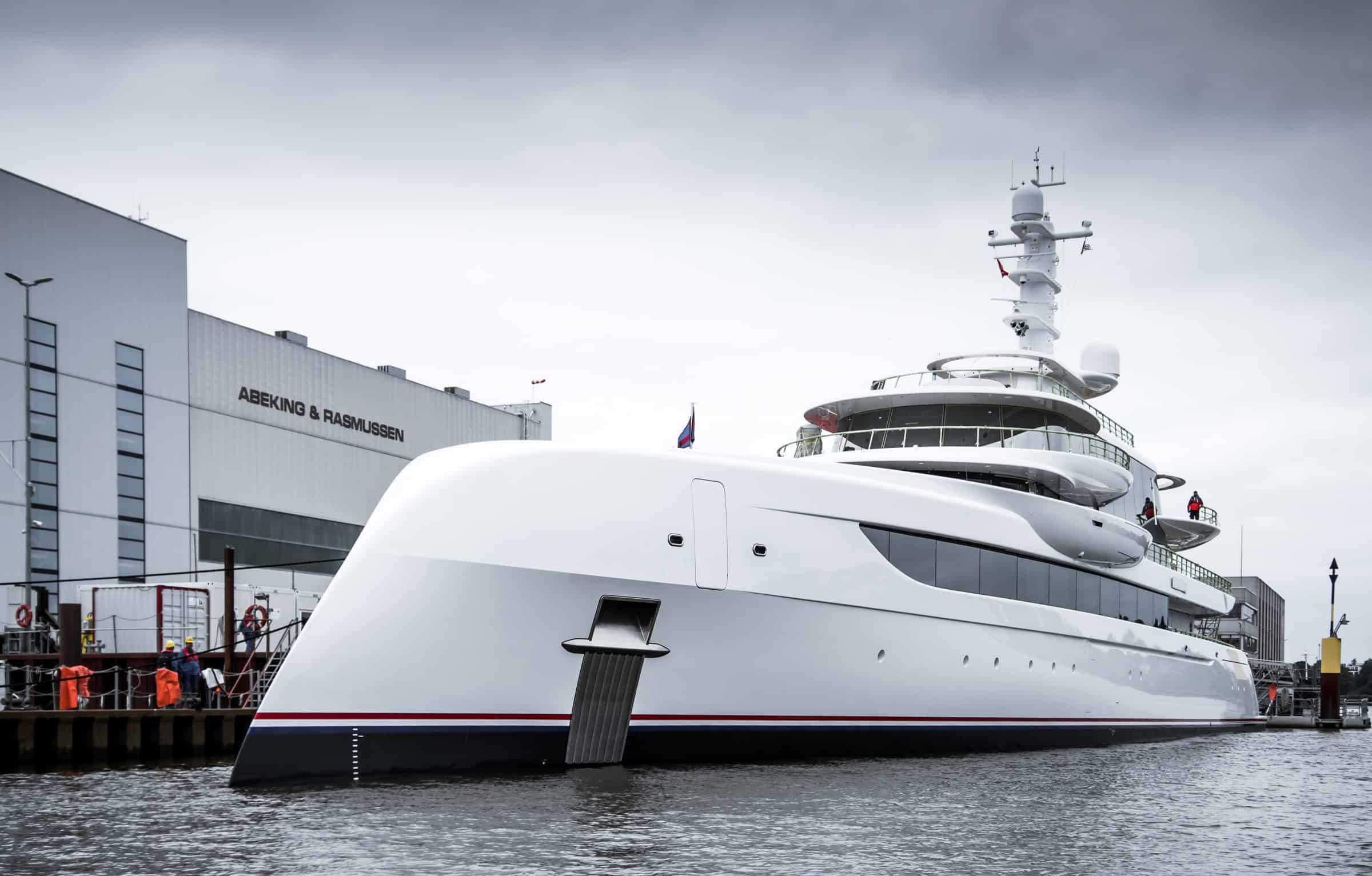