This year’s all about pilot’s watches for IWC, but instead of just throwing out the previous collection in its entirety and updating all of the models, the brand is being much more thoughtful and selective with its new releases. There are a few new models in the Saint-Exupery and Top Gun   collections, but the real news has to do with Spitfire. Traditionally, the so-called Spitfire pilots have been silver-dialed versions of other, more traditional pieces in the collection. No more though. A new color scheme, new case materials, and new movements have been introduced, and the Spitfire collection can now be considered a semi-independent line in its own right that offers something unique and different from the other IWC Pilot’s watches.

Ahead of SIHH 2019 we had the chance to visit IWC’s headquarters and new Manufakturzentrum  in Schaffhausen to spend some time with the new collection of Spitfires and to chat with IWC CEO Chris Grainger-Herr about how these new watches came to be, why they fit into the lineage of other Spitfire watches, and what they represent for IWC going forward.

The thing you’ll notice first about these watches is that they don’t look anything like the Spitfire models you’ve seen in the past. There’s not a shiny silver dial or sunburst pattern to be found among the lot. Instead, there are two different color schemes at play, with dials, metals, and straps paired for maximum effect. 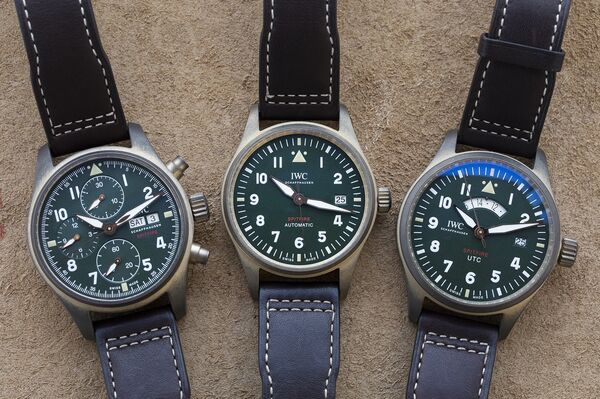 First up is the more traditional stainless steel configuration, which pairs black dials with green textiles straps for an old-school military look. According to IWC it’s meant to recall the color scheme of a Spitfire plane’s cockpit specifically. Second is the more eye-catching configuration which combines bronze cases, matte olive green dials, and brown calf leather straps for a tactical military look. The particular bronze alloy that IWC has opted to use is a bit darker than what you’ll see from some other watchmakers, and we’re told that it’s closer to the final color that will develop over time.

While IWC makes some excellent in-house movements, many of its pilot’s watches have traditionally used ébauche movements from makers like Sellita and Valjoux. The new Spitfire watches, on the other hand, all use in-house IWC movements, from the simplest watches in the collection to the most complex. There are two additions that stand out from the rest though: the introduction of a new time-and-date movement for the three-hand models and the re-introduction of a UTC complication to the pilot’s family. 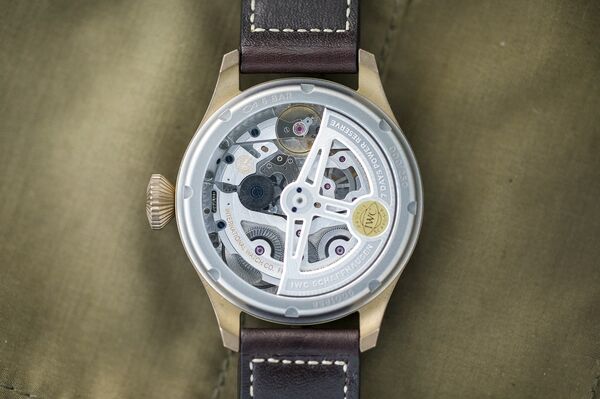 First, let’s look at this new time-and-date movement. The caliber 32110 is part of the new 32000 caliber family and is meant to offer a solid foundation to the collection overall. The movement has a 72-hour power reserve, a bi-directional pawl winding system, and a 4 Hz escapement. It’s a thoroughly modern workhorse movement and I wouldn’t be surprised if we eventually see this caliber slowly make its way into more of IWC’s entry-level products. 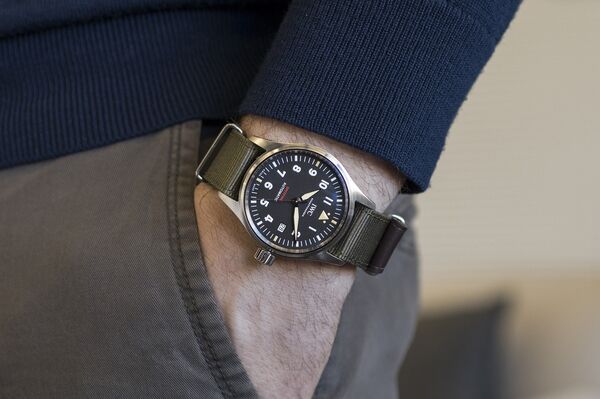 Then there’s the UTC. Longtime fans of IWC’s pilot’s watches will remember the famous UTC watches from earlier collections, with the distinctive arced window from 10 o’clock to two o’clock that lets you read a second timezone (intended to be set to – you guessed it – UTC). Here it makes its way back into the collection via another caliber from the 32000 family, the caliber 82710, which has a 60 hour power reserve and a 4 Hz escapement. This is the first time this complication has been integrated into an in-house movement by IWC.

There are seven total references across the new Spitfire collection. While the things discussed above unite them, there’s still a lot that sets each watch apart. Let’s break down the collection, piece by piece. 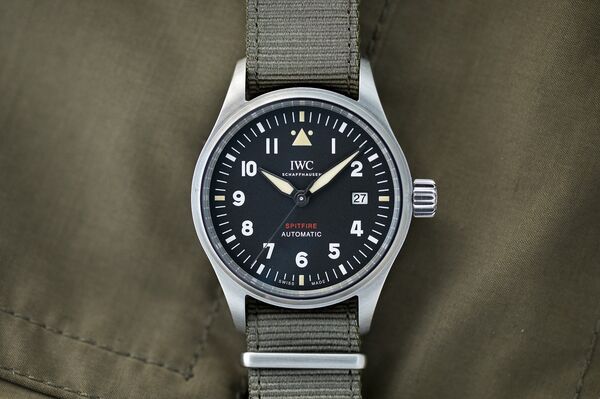 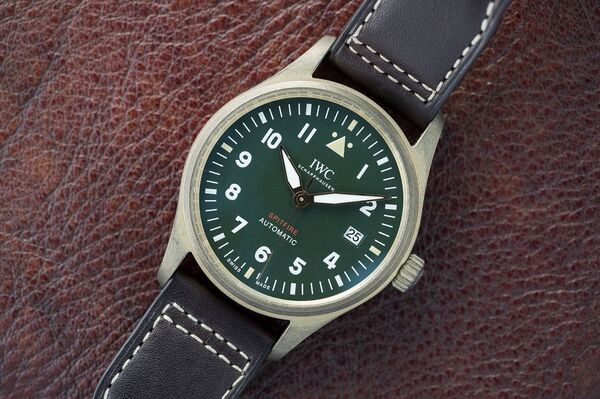 This is the most basic watch in the Spitfire collection, sort of an analog to the Mark XVIII – which is going to remain in production, don’t worry. It’s slightly smaller at 39mm (vs. 40mm), has that in-house caliber 32110 inside, and is available in both steel and bronze variations. Despite being nearly identical technically-speaking, when considered side-by-side the two watches look totally different and offer two very different takes on the classic IWC pilot.

Tags:
Previous Article
The Invite To The Louis Vuitton Men’s Show Is A Sparkly Michael Jackson Glove
Next Article
High in the Alps, Igloo Hotels Offer the Epitome of No-Frills Luxury