The lush green landscape blurs into the background. Eyes that were gazing dreamily over the rolling English countryside are now focused on the scrap between the mount of popular jockey Frankie Dettori and Japanese outsider Deirdre.

The red, white and blue silks seem to merge in a flash of color and as they duel to the line. The gentle hubbub from the stands builds into a roar. British cut-glass accents switch to guttural urgings. Panama hats and ladies’ bonnets nod like wild flowers in the wind as they exhort their favorite for one last push.
Stride by stride, the charging Deirdre — ridden by jockey Oisin Murphy — hunts down Dettori’s front-running Mehdaayih. She surges up the inside nearest the rail, and when the white flash on her nose draws alongside she accelerates again. To groans from the Dettori faithful, she scores a famous victory for Japan to land the £600,000 ($728,000) Nassau Stakes, first staged in 1840.
Back in the stands, Ladies’ Day is in full swing at a sun-kissed Qatar Goodwood Festival, more commonly known as “Glorious Goodwood,” the traditional finale to Britain’s social season.
The “glorious” moniker was added by the Victorian press, but as well as being handy alliteration it perfectly encapsulates the feeling as your eyes look out across the hilltop racecourse and take in the lush landscape of woods, fields and folds of the Sussex Downs in the far south of England. Glorious, indeed.
“The whole vista up here on top of the Downs with the backdrop of the rolling English countryside is spectacular and the light is fabulous,” says Racing Post photgrapher Edward Whitaker.
“It’s the prettiest track in England,” adds David Parkinson, a member of the Royal Ascot Racing club syndicate.
“I love this place, it’s beautiful. Royal Ascot is the pinnacle of horse racing, but Goodwood is a very close second.”
Racing began at Goodwood in 1802, instigated by the third Duke of Richmond, whose ancestor the first Duke — an illegitimate son of King Charles II — bought the estate in 1697. The meeting grew thanks to a combination of its setting, society scene, and proximity to London. King Edward VII was a regular visitor from the 1860s and dubbed it “a garden party with racing tacked on.”
“The presence of royalty added to its allure, so the fact that the king or the Prince of Wales and other members of the royal family and the cream of society came acted as a magnet to other people,” said James Peill, the curator of the Goodwood Collection and author of “Glorious Goodwood: A Biography of England’s Greatest Sporting Estate.”
“Glorious” Goodwood became the traditional end of the English summer season, a social melting pot for the upper classes which included the Henley rowing regatta, Wimbledon, Royal Ascot, and the Chelsea Flower Show as well as operas, balls and exhibitions.
“It was traditionally when the aristocracy, the landed gentry and the upper classes were all in London for sporting and social events, and eligible daughters were presented in the hope of marrying them off suitably,” said Peill.
“Goodwood marked the end of the season before everyone went on holiday. In the latter half of the 19th century, huge amounts of people went to Scotland to enjoy the sport, while some headed south to Cowes for the sailing regatta.
“Does the season still exist? I think it does to a certain extent although it’s not so exclusive anymore.” 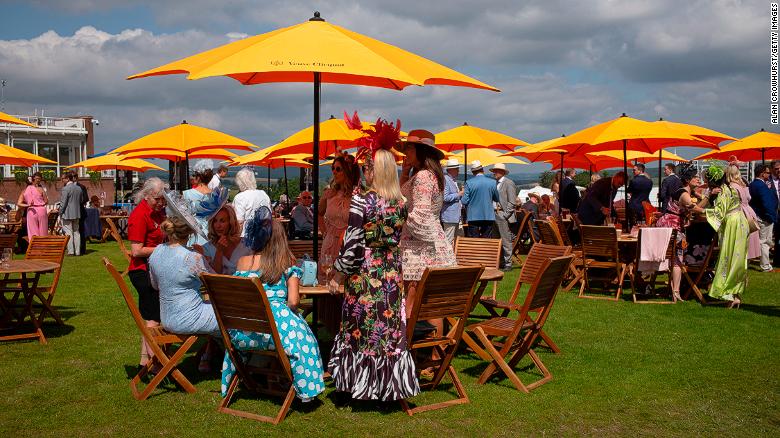