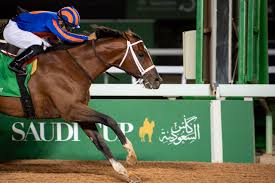 Ridden by Luis Saez, the horse finished three-quarters of a length ahead of the American champion Midnight Bisou to take the winning share of the record-breaking $20 million prize purse.
The brand-new event takes the crown as the sport’s richest , having overtaken the $12 million purse at the Dubai World Cup in 2019.
Around 10,000 fans were in attendance at the King Abdulaziz Racecourse in Riyadh to see Maximum Security prevail after a thrilling race.
“It was a very impressive show today,” winning rider Saez said. “That’s what the world was waiting for, and we did it. He’s amazing and has a big heart.”
For Maximum Security and trainer Jason Servis, it was a day of moving past previous disappointments.
The thoroughbred had become the first horse ever to be disqualified from first place in the Kentucky Derby in 2019 for causing interference, a result that the owners of Maximum Security filed a federal lawsuit against in an attempt to overturn the disqualification.
The 4-year-old came into the race as one of the favorites but was made to work for the victory.
Mucho Gusto, the winner of the $9 million Pegasus World Cup — formerly the world’s richest race — led for most of the 1,800-meter, nine-furlong track.
And with the finishing line approaching, and with Maximum Security attempting to pass on the outside, Mucho Gusto drifted out into Saez’s path.
It took some quick thinking from the rider to adjust, and the Kentucky-bred thoroughbred held onto win, with Mucho Gusto finishing fourth.
After the race, winning trainer Servis was unhappy with the finale of the race.
“I was a little upset with Irad Ortiz,” Servis said. “He carried me out in the stretch and then came down on (Maximum Security). But that’s for another day.”
Mucho Gusto’s trainer, Bob Baffert, said: “I thought he had it. He just got a little short at the end. I think the track was better out in the middle, and Irad was just trying to get there.”
The win was Maximun Secuity’s seventh in nine starts and increased his career earnings to $11,801,900. Today’s win is added to victories in the Cigar Mile, Haskell Invitational and Florida Derby.
Tags:
Previous Article
Vacheron Constantin Hommage Aux Grands Explorateurs “Marco Polo”
Next Article
New Pershing 7X Luxury Yacht 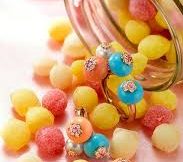 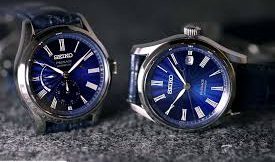 The detail in the deep blue dial
Beauty 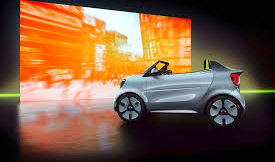 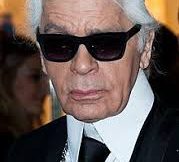 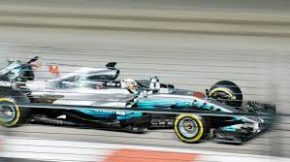 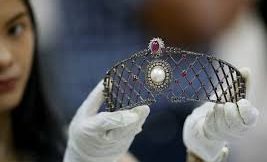 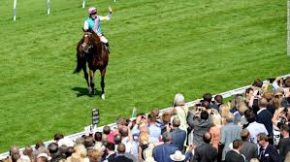 LAB DIAMONDS
Jewellery
©Highlifechannel ™ 2020
We use cookies to ensure that we give you the best experience on our website. If you continue to use this site we will assume that you are happy with it.Ok